Over recent years the issues of loneliness and isolation amongst older and younger people in our rapidly changing cities have become better understood.

But loneliness is not just a later life problem. On the contrary – while people over 75 are the loneliest age group in the UK, the second loneliest are people between 21 and 35, and some reports even say they're the loneliest.

That's why we believe that older and younger neighbours have so much to gain from one another in shared time, laughter, new experiences and friendship. And it's why we believe Liverpool Cares is so important – because it works.

Three major evaluations over the past 10 years have demonstrated the impact of our model. The first evaluation, published in 2014, showed that of older people participating in our activities regularly: 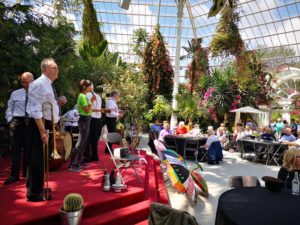 A second evaluation in 2016 underscored these outcomes, with older neighbours reporting that over time they: 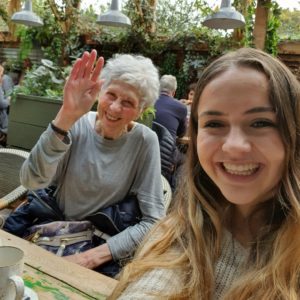 And our third evaluation, conducted over 18 months by our social research partners Renaisi and published in 2019, showed that as a result of being part of The Cares Family older and younger neighbours alike feel:

Less lonely and isolated .
Closer to another generation .
They belong .
An increased connection to self .

The human stories at the heart of these statistics can be seen by downloading our 2014, 2016 and 2019 impact reports. You can also meet some of the amazing older and younger Londoners who are part of the Liverpool Cares network by clicking on the links below...

Sign up for our monthly storytelling email, to hear inspiring stories from your community, find out what’s on and hear how you can get involved.